On November 11 the City of Chestermere hosted its Remembrance Day ceremony via YouTube. The video can be access below: 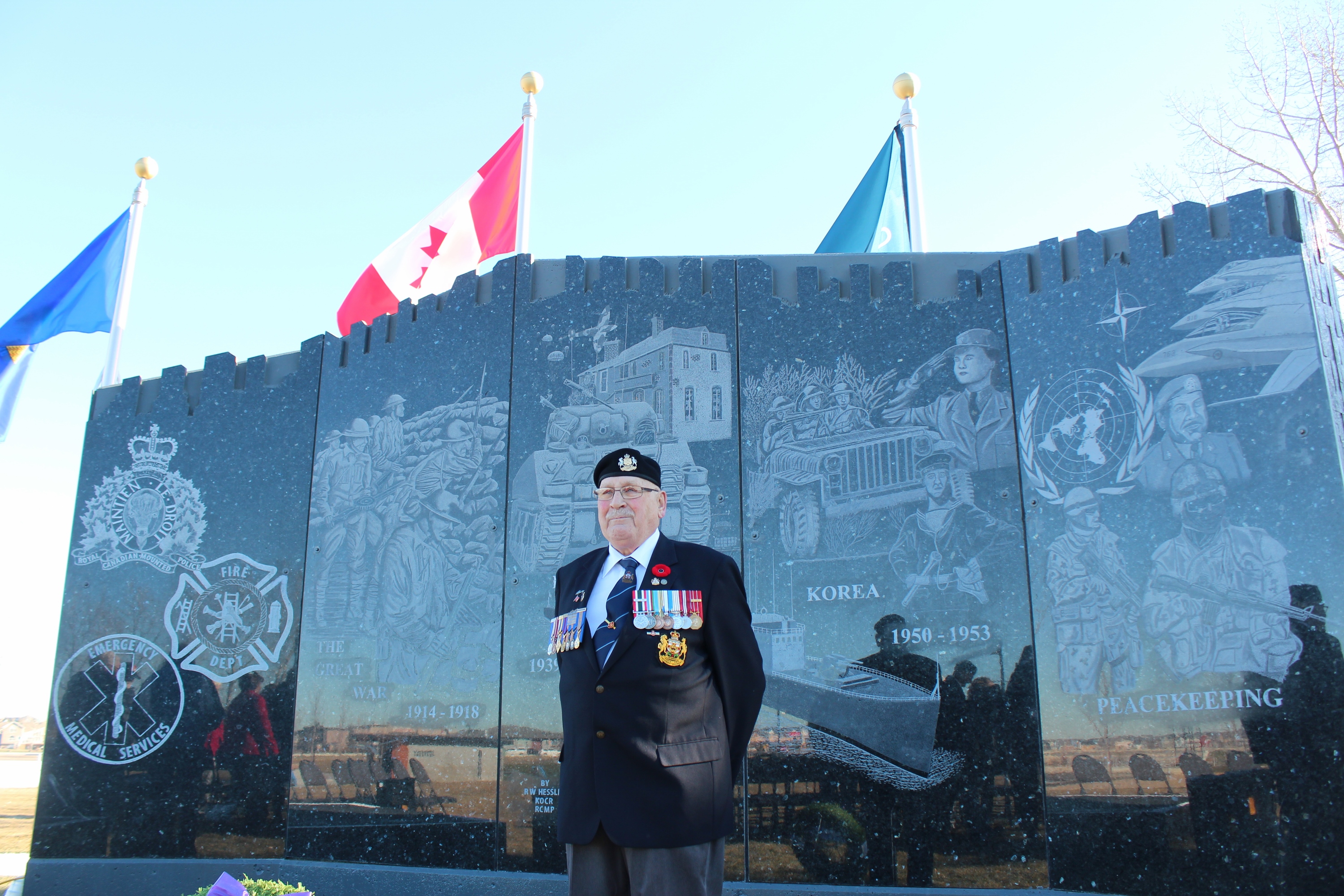 This year, the March on the Colours Parade is postponed until the 2021 ceremony.

Alternative Ways to Honour our Veterans

I am very humbled and honoured to be chosen for this year’s Silver Cross Mother Representative.
When I married into a proud military family, I realized I had become part of something very special.
My new family held high their military traditions, values and the obligation to serve; that extended over three generations.

My new husband, Terry was a Sergeant serving in the Armed Forces Reserve; my father-in-law Doug had just retired after 28 years of service, and his father Mossam was a decorated officer from World War I.
Mossam Alfred Germain, Pop to his family, was commissioned into Canada’s Permanent Militia in 1906.
He served as a Cavalry Officer with the 28th. Battalion in the Canadian Expeditionary Force for the First World War from 1914 to 1918.  He saw action in many battles, including; Passchendale, Ypres and Vimy.  He was recognized for gallant action in the war diaries and returned to Canada a Major. A few years later, he was promoted to Commanding Officer of the Saskatchewan Dragoons (formerly the 28th. Battalion). Pop retired a Lieutenant Colonel.

Doug Germain joined the Royal Canadian Artillery in 1940 and was posted to England. In 1943 he decided to look into enrolling in the Royal Canadian Air Force. Doug was accepted and quickly became a training officer for pilot training. A year later, he again got the urge for change, so he transferred into the Royal Navy and flew submarine chasing fighter planes from 1944 to 1946.  This meant that during World War II, Doug would serve in the Army, Air Force and Navy. After WWII, he came to Calgary. When the opportunity was presented in 1950, he re-enlisted in the Canadian Army, serving for 2 ½ years in the Korean Conflict. Doug continued to serve at home and overseas, much of this time spent pioneering the implementation of helicopters into the Canadian Army. Doug retired in 1968.

Both Doug and Pop held executive positions in the Royal Canadian Legions in Moose Jaw and Calgary, and both got involved and volunteered for veteran support programs.

Participate with a Wreath

Honour a Veteran with a Banner

If you'd like to purchase a banner to honour a Veteran, the application is open year-round through the links below.

Banners will be hung at Anniversary Park leading up to and for our Remembrance Day Service.

The application deadline has been extended to September 15 for 2020. Any applications received after That date will be held for the next year's printing.