Prior to the 20th century, the area around what is now Chestermere Lake was settled by only a few farmers.
When the Canadian Pacific Railway was established in the 1880s, more and more people came to settle in the west. 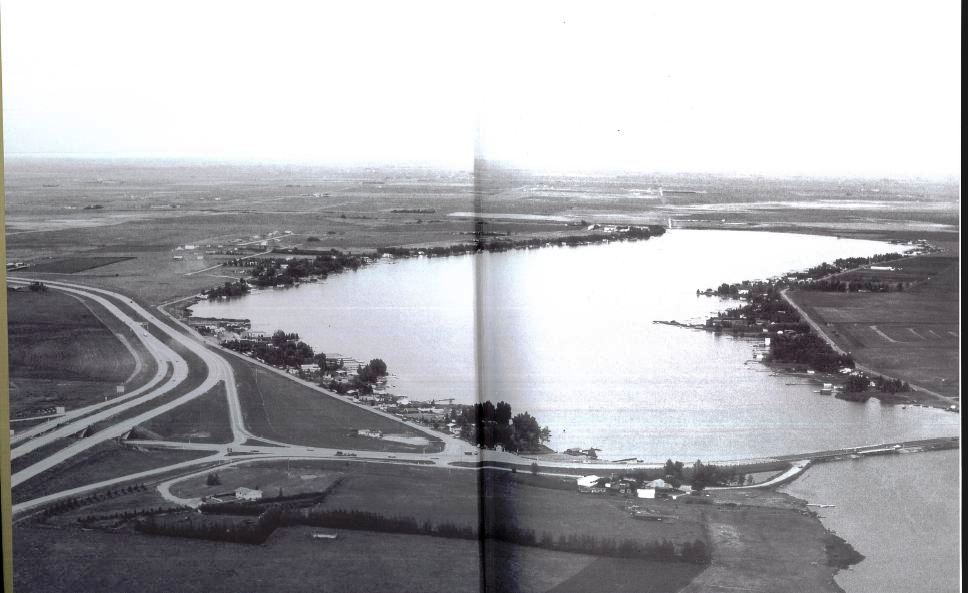 To make farming more productive, settlers began to require ways to irrigate their land.
As a natural wetland, Chestermere Lake was considered to be perfect for use as a balancing pool for the Western Irrigation Block.
By 1907, a dam and canal system had been built, the wetland developed into a lake, and farmers began using the water for irrigation.

Following the irrigation development, the lake began to be used for recreation. People would lease land from the Western Irrigation District (WID), build cabins and stay on the lake during the summer months.

In 1959, the Chestermere Cabin Owners Association (CCOA) was incorporated with approximately 50 members. The CCOA held events, bought a fire truck for the community, worked to reduce pollution in the lake, planted trees, and arranged for electricity and natural gas for the cabins.

As more people began to live around Chestermere Lake, residents wanted to secure long-term leases. In 1975, the CCOA bought the land from the WID and then transferred it to the residents. By 1977, the lake boasted 120 permanent homes and gained official status as the Summer Village of Chestermere Lake.

As a summer village, the residents of Chestermere gained more political influence and were able to begin adding services and amenities or encouraging infrastructure and developments such as fire and protection services, improved roads, a community hall, street lights, a recreation centre, local businesses, and a golf course.

By 1992, Chestermere’s population had increased to 1,043 permanent residents. On March 1, 1993, the Summer Village of Chestermere Lake officially changed its status and name to the Town of Chestermere.

Becoming a town gave the residents more local and political authority. The town continued developing amenities and services for residents, and its population continued to expand at a rapid rate. From 2004 to 2014, the community grew over 150%.

In 2014, with a population of 17,203 and expectations of continued growth, Chestermere's Council undertook consultation with residents to determine whether or not to change the community's name to 'city'.

On September 29, 2014 Council decided to apply for city status. On January 1, 2015, the community officially became the City of Chestermere.